The sport with the funny name that's sweeping America 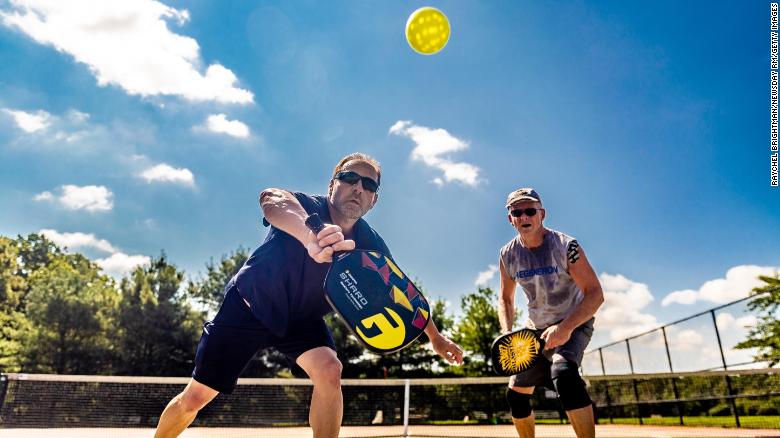 Pickleball is played by 4.8 million people in the US, an increase of almost 40% over the past two years.

(CNN)Fifty-seven years ago, three fathers vacationing on an island near Seattle faced a predicament. Their kids were bored, and they needed a summertime activity to keep them entertained.

So the dads -- Joel Pritchard, Bill Bell and Barney McCallum -- got creative. They used the items at their disposal, including some ping pong paddles, an old badminton court and a perforated plastic ball, and invented a new game for their kids to play.

With that, pickleball was born.

From that humble start, their game gradually evolved into a sport with official rules and better equipment. And today, partly because of the pandemic, it's having a moment.

An estimated 4.8 million people in the US now play pickleball. Participation has increased by 39.3% in the past two years, making it the country's fastest-growing sport, says Laura Gainor, a marketing consultant for the USA Pickleball Association, the sport's national governing body.

There's a pro pickleball tour, with some matches airing on ESPN. Pickleball aficionados are pushing for it to be included in the Olympics. It's captivated such celebrities as talk show host Ellen DeGeneres, actor Leonardo DiCaprio and philanthropist Bill Gates.